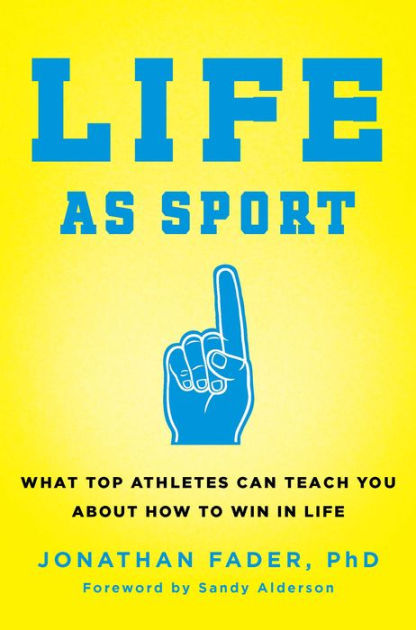 by Jonathan Fader
Why do sports captivate people? They allow us to watch human beings achieve peak performance, but, beyond physical strength and skill, what’s really impressive is an athlete’s mental prowess — their will to succeed, engagement with their environment, and self-confidence.

In Life as Sport, sport psychologist Dr. Jonathan Fader shares the skills that he teaches professional athletes–to enhance motivation, set productive goals, sharpen routines, manage stress, and clarify thought processes–and applies them to real-world situations. Dr. Fader’s book is the product of thousands of hours of conversations with athletes from various teams and sports: power forwards, tennis phenoms, power-hitting outfielders, and battle-scarred linebackers, as well as hedge-fund managers, entrepreneurs, A-list actors, and dozens of other elite achievers in sports, business, and performing arts. It offers a compendium of stories, theories, and techniques that have been helpful to players, coaches, and executives in professional sports. What emerges is more than just a set of techniques, but a life philosophy that anyone can live by: an internal code to help translate our talent and drive toward the highest plateaus of performance.

Dr. Fader designs his strategies to be studied, learned, practiced, and improved. He offers his readers the same exercises that he uses in every session with a professional athlete. These exercises help you to get truly engaged, whether you are designing a new business plan, working to inspire a team or individual, or even falling in love. This is what it means to truly live life as sport–to approach it with the same immediacy, wonder, and engagement that athletes feel at their peak during a game. Life as Sport helps you to pursue your own goals with an enriched intensity — not only because it creates new potential, but also because it helps you unlock what was always there to begin with. 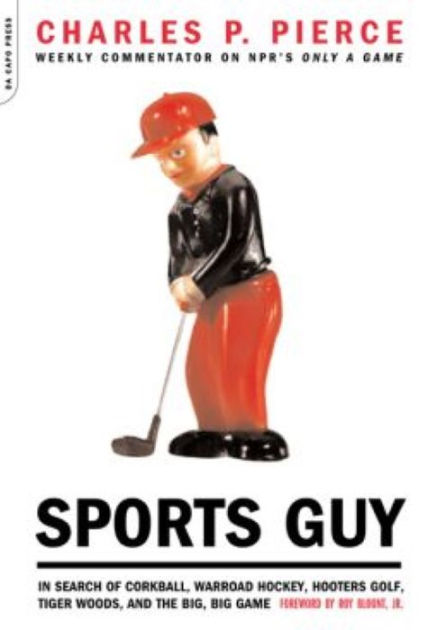 by Charles Pierce
Here, at last, is Charles Pierce’s best writing on sports, collected for the first time in one volume. All of these pieces, first published in GQ, the National, and Esquire, showcase Pierce’s trademark humor. Some are spot-on profiles of famous sports personalities such as Tiger Woods, Magic Johnson, and Peyton Manning, while others are portraits of lesser-known figures such as Nebraska basketball coach Danny Nee, a former Vietnam vet who openly opposed the Gulf War, Cool Papa Bell, a ballplayer from the Negro Leagues who is ripped off by memorabilia hounds, and Mike Donald, an obscure golfer on the PGA tour who played the best golf in his life only to lose a tournament by one stroke. Pierce also takes us on unforgettable journeys into the wide world of sports, from a snake-charming pole-vaulter to life on the Hooters Golf Tour, from the fashion accessories of the modern ballplayer to how a small community — Warroad, Minnesota — bonds over ice hockey. Sports Guy will delight Pierce’s devoted readers and is certain to win him many, many more. 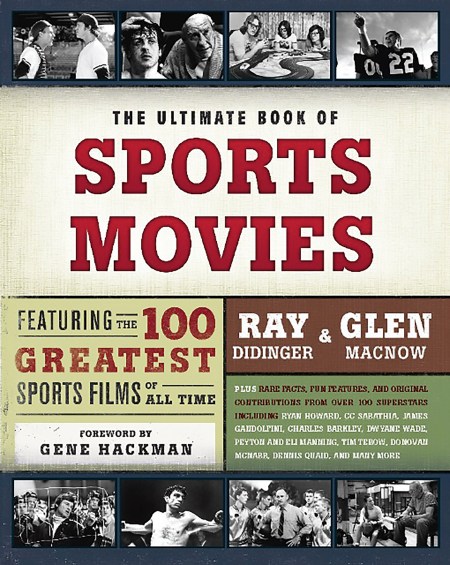 The Ultimate Book of Sports Movies

by Ray Didinger by Glen Macnow Foreword by Gene Hackman
Guys love movies. Especially sports movies, where every underdog has his day, every team achieves glory, and every hero gets his moment of redemption. Next to watching Monday Night Football, there’s nothing more enjoyable than plopping down on the couch with the remote and a bottle of beer and firing up the special-edition DVD of Rocky, Hoosiers, Caddyshack, or any other fan favorite.
Now, two nationally renowned sports media personalities take on the task of ranking the top 100 sports movies of all time, including entertaining and informative lists, special features, and contributions from over 75 top sports figures. From drama to comedy to tragedy to documentary, all the greatest sports films are here, brought to life through detailed summaries, fun facts and trivia, behind-the-scenes revelations, plus images from the greatest moments in sports film history. 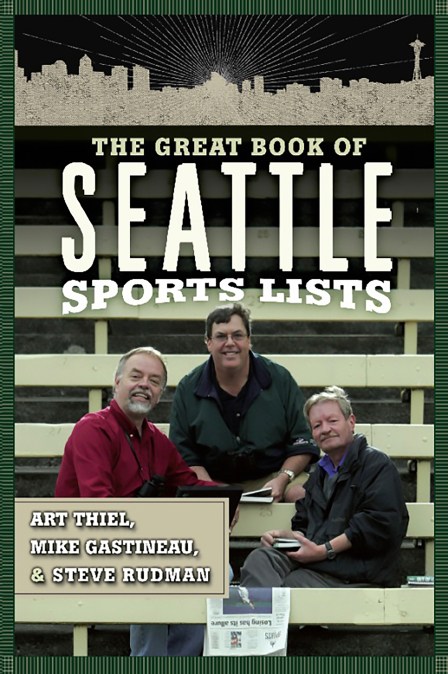 by Mike Gastineau by Art Thiel by Steve Rudman
With loyal fans supporting their major sports teams in the Seahawks (NFL), Mariners (MLB) — plus a rabid fan base for University of Washington jocks — Seattle is a great place for a sports debate. Local sports-radio talker Mike Gastineau teams up with longtime sportswriters Steve Rudman and Art Thiel to bring Seattle sports history to life with this provocative and enjoyable — not to mention debatable — book of lists. They also enlist list contributions by famous players, coaches, and Seattle celebrities including Mike Holmgren, Matt Hasselbeck, Ichiro Suzuki, George Karl, Pearl Jam, Kevin Calabro, Sir Mix-a-Lot, and more. 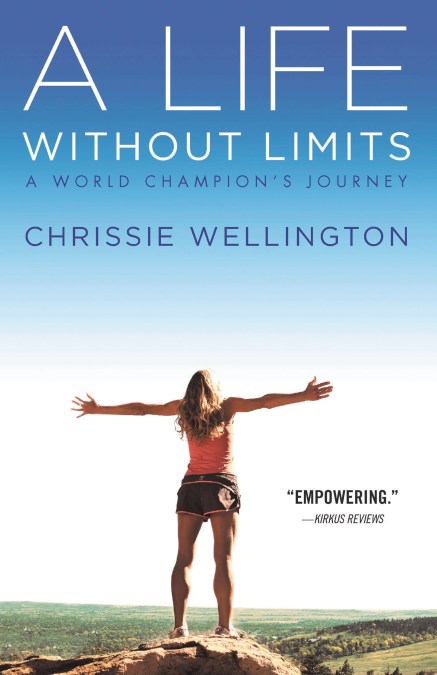 A Life Without Limits

by Chrissie Wellington
In 2007, Chrissie Wellington shocked the triathlon world by winning the Ironman World Championships in Hawaii. As a newcomer to the sport and a complete unknown to the press, Chrissie’s win shook up the sport. A LIFE WITHOUT LIMITS is the story of her rise to the top, a journey that has taken her around the world, from a childhood in England, to the mountains of Nepal, to the oceans of New Zealand, and the trails of Argentina, and first across the finish line.

Wellington’s first-hand, inspiring story includes all the incredible challenges she has faced–from anorexia to near–drowning to training with a controversial coach. But to Wellington, the drama of the sports also presents an opportunity to use sports to improve people’s lives.

A LIFE WITHOUT LIMITS reveals the heart behind Wellington’s success, along with the diet, training and motivational techniques that keep her going through one of the world’s most grueling events. 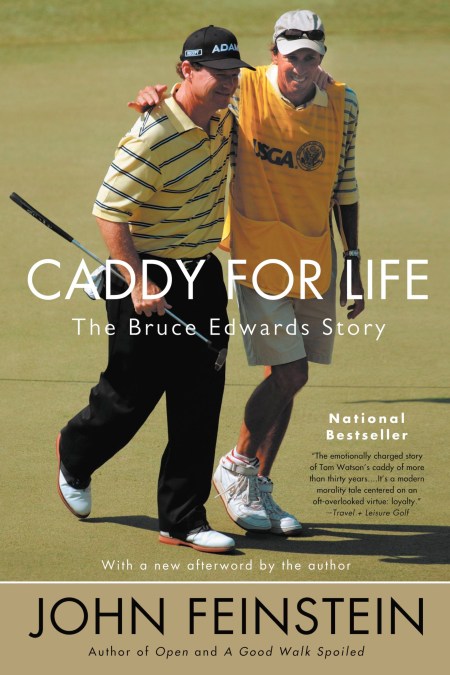 by John Feinstein
Beyond golf’s polished surface there lies a world not often seen by the average fan. The caddy sees everything – the ambition, the strategy, the rivalries, the jealousies – that occurs behind the scenes. Award-winning John Feinstein, America’s favourite sportswriter, got one of golf’s legendary caddies to reveal the secrets behind the most popular sport of our time.

Bruce Edwards was diagnosed with Lou Gehrig’s disease in January 2003, a progressive disease that attacks nerve cells in the brain and the spinal cord, but he dominated coverage of the 2003 US Open. This is a position not usually bestowed on a caddy, but Edwards was no ordinary caddy. In 1973, after forgoing college, Edwards walked on the course behind a young Tom Watson and never looked back. Watson would go on to win eight major titles with Bruce Edwards by his side. Edwards continued to do the job he had dedicated more than half his life to right up to his death in April 2004, aged 49. This is a moving, dramatic and thoughtful book about a life devoted to sports. 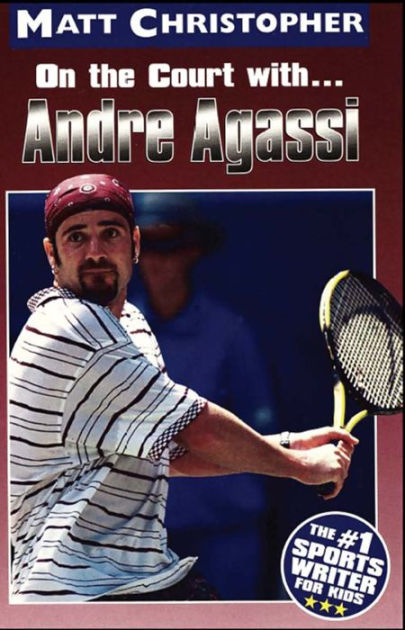 by Matt Christopher Illustrated by The #1 Sports Writer for Kids
Matt Christopher, the #1 sports writer for kids, focuses on Andre Agassi, the controversial tennis phenomenon whose image is as hard-hitting as his playing. Real-life sports action plus the author’s easy-to-read style equals a sports biography not to be missed. 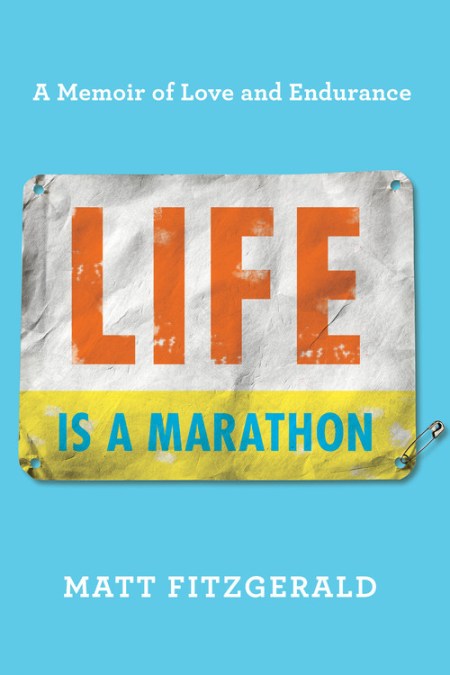 Life Is a Marathon

Step after step for 26.2 miles, hundreds of thousands of people run marathons. But why–what compels people past pain, lost toenails, 5.30 am start times, The Wall? Sports writer Matt Fitzgerald set out to run eight marathons in eight weeks across the country to answer that question. At each race, he meets an array of runners, from first timers, to dad-daughter teams and spouses, to people who’d been running for decades, and asks them what keeps them running. But there is another deeply personal part to Matt’s journey: his own relationship to the sport–and how it helped him overcome his own struggles and cope with his wife Nataki’s severe bipolar disorder.

A combination of Matt’s own How Bad Do You Want It? and What I Talk About When I Talk About Running, Life Is a Marathon captures the magic of those 26.2 miles. At the end of the day–and at the end of the race–the pursuit of a marathon finish line is not unlike the pursuit of happiness. You will pick up the book for a powerful personal story about what running does for the people for whom it does the most. You will put it down with a greater understanding of what it means to be alive in this world. 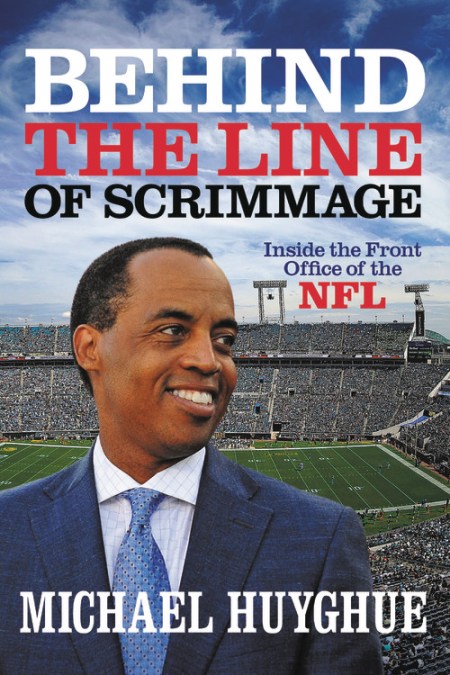 Behind the Line of Scrimmage

by Michael Huyghue
Former collegiate star, sports agent, and NFL Executive Michael Huyghue recounts his journey in professional sports and shows how race and racism operate among the rich and the white and extend way beyond the NFL and the world of sports executives.

With a deep, abiding love for sports, Huyghue chronicles his journey from childhood athletics to one of the highest-ranking black executives in the NFL. Huyghue reveals a bird’s eye view of the inner workings of the exclusive inner sanctum of the NFL owners, players and management. The author’s journey as an athlete and lawyer provides a behind-the-scenes glimpse of what goes on behind closed doors in the world of professional sports and collegiate athletic programs.

His story as a pioneer and a change agent is one of hope, triumph, setback and sheer perseverance that will resonate with any sports fan. It is a blueprint-marked by wry humor and without bitterness — to successfully navigate the journey that remains for minorities to succeed as front office executives in the multibillion-dollar sports industry. It is also a not often told chronicle of growing up black and male in white suburban America.

While black athletes are ubiquitous on the playing field and front pages of tabloids, the challenge remains to gain true power in the multibillion-dollar sports industry. Huyghue details that struggle play by play. 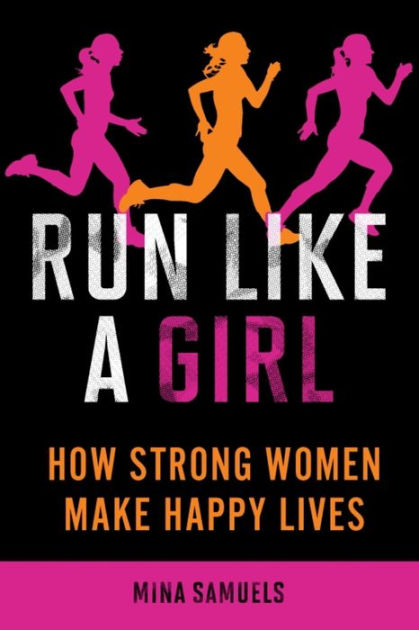 by Mina Samuels
Run Like A Girl is about the impact that participating in sports has on women—how the confidence and strength that it helps to build makes us stronger and better prepared for life’s many challenges. In this inspiring book, Mina Samuels uses the personal stories of women and girls of all ages and backgrounds—as well as her own—to take a broad look at the power sports have to help us overcome obstacles in all arenas of life.

Run Like A Girl includes the stories of a US-ranked amateur triathlete who’s raising an autistic son; a thirteen-year-old girl who falls in love with cross-country running; a woman who runs her first marathon at age sixty; an investment banker who quit her job to become a yoga teacher and adopt a daughter on her own; a young mother with scoliosis who cycled her way back to health and became a jewelry designer along the way; and countless other women—including Kathrine Switzer, Rebecca Rusch, and Molly Barker—who have been changed by their experiences with sports.

Run Like A Girl argues that physical strength lends itself to psychological strength, and that for many women, participating in sports translates into leading a happier, more fulfilling life.
Next Page