Financial Times, 7/1/16
“Woodstock, the Catskills town where Bob Dylan recuperated after his motorbike crash in 1966, [is] a hippy oasis with a storied place in music history, well related in Small Town Talk.”

Austin Chronicle, 6/17/16
“Hoskyns examines the small upstate New York town that lent the festival its name and uncovers details long forgotten, and in some cases, previously unknown…There's sex, plentiful drugs, and all sorts of rock & roll.”

Best Classic Bands, 7/29/16
“In a word: Illuminating…Small Town Talk is the story of refugees…fleeing the chaos and paranoia of the rat race, embracing the peace and nature of this welcoming oasis, making some of the best (and sometimes worst) music of their lives, but ultimately discovering that leaving their demons behind was just another pipe dream.”

Spectrum Culture, 8/4/16
“Some scribes get it right. Barney Hoskyns is one…The reader is moved at a deep level by the drama that unfolds, as the town's glory fades or, rather, evolves into something that trades on its past rather than creating an ever-brighter future…A book that will hold you in its grip from cover to cover and encourage you to think more deeply about a town that has seen its time come and go.”
Montreal Gazette, 4/11/16
“A book that eloquently serves as both tribute and eulogy to what people used to call the counterculture. It's a clear-eyed look at the bohemia-friendly town where many of rock's major figures…found themselves living, working and playing—in many cases, playing very hard indeed.”

Woodstock Times, 4/8/16
“Hoskyns has spoken to, or spoken to those who have spoken to, almost everyone who was a player, large or small, on the cosmic-bucolic stage of Woodstock, and his affection for them all is on a par with his scholarship and his love and respect for the music and art they created…What's really valuable about Small Town Talk is the way the author has tied the disparate strands together and braided them into a single, intimate, extensively researched, and color-splattered narrative…The definitive history of Woodstock's emergence as a world-renowned musical Mecca.”
New York Post, 3/13/16
“[Hoskyns] tells the colorful history of this town that began its life as an artists colony in the early 20th century.”

Counterpunch, 3/11/15
“An in-depth look at the Woodstock music scene, that also provides a history of the artistic inclinations of the town itself…Small Town Talk is loaded with legendary stories of rock and roll, some funny, some crazy.”

Catholic Herald, 3/11/16
“How did a Republican-voting rural town in the Catskills become a magnet for disaffected hippies and its very name a metonym for the entire 1960s counter-culture? This is the question Barney Hoskyns, one of rock 'n roll's most engaging chroniclers, sets out to answer in this compelling new book…Hoskyns has written a fascinating, poignant and elegiac book that is about much more than music, success and the gentrification of rural America…In Small Town Talk, Hoskyns has taken this tale of smashed hopes and turned it into an allegory of the American dream and of all Edenic aspirations.”

Portland Book Review, 3/18/16
“Hoskyn's coverage of Bob Dylan is well balanced and easy to follow.”
No Depression, 1/28/16
“Absorbing and in-depth…Many of the tales might be familiar to the initiated fans of this time, place, and music. Yet, Hoskyns so powerfully evokes the feelings and vibes—both good and bad—of living in and through those halcyon and fraught days. In his pages…[he] brings new life to old tales…[A] captivating look at this sometimes sad and always fascinating scene that gave birth to Americana music.”

Publishers Weekly, 2/15/16
“An absorbing glimpse into events that shaped Woodstock, N.Y., into a haven for musicians…Hoskyns's stunning book highlights some of the most memorable music in American history.”

London Sunday Times, 2/7/16
“[An] engaging book…Hoskyns delves deep below the surface of the town…to unveil a place that could be paradise or prison, depending on your state of mind…His love for the Catskills outpost…shines through from the start. The dark side of Woodstock has long been part of its legacy, but Hoskyns isn't in search of murky secrets. Rather, he sets out to explain its influence via the remarkable music made there.”

Kirkus Reviews, 12/15/15
“Hoskyns peels back the layers of a musical Shangri-La that has plenty of dark corners…The cast of characters is stellar…Fans of 1960s and '70s rock and music history buffs will find this a pleasure.”

Library Journal, 1/1/16
“A fascinating history and behind-the-scenes examination of life in the small town of Woodstock…This title will appeal to those who are looking for a detailed account of the bohemian lifestyle, as well as to fans of Sixties rock.”

Mojo, March 2016
“Barney Hoskyns has come up with something novel in Small Town Talk. Instead of focusing on the concert—which actually took place 60 miles from Woodstock—he nails the magic, and mayhem, of the town which inspired the festival's organisers to co-opt its name…Hoskyns offers a pitch perfect East Coast corollary to his classic tome on the Laurel Canyon scene, Hotel California. Better, he chronicles the seeds of the Americana movement, whose fetish for rural music resonates louder today than ever.”
The Guardian (UK), 3/2/16
“[An] enjoyable study of the New York upstate village…[A] fascinating account of the epic influence and mysterious magnetism of this Dibley-sized corner of the Catskill mountains…Hoskyns, who appears to have talked to everyone who ever lived here, and amasses their testimony with admirable grace and ease, chronicles the excesses that set in during the '70s in unsparing detail.”

Rolling Stone, 3/24/16
“Goes inside the myth, debauchery and creative fire of one of rock's legendary towns…Hoskyns' fascinating new history of Woodstock, Small Town Talk, explores one of rock's most mythic settings…[Hoskyns] pin[s] down the knotty reality behind the tie-dyed myth.”

Washington Independent Review of Books, 3/10/16
“[Hoskyns] skillfully details the musicians' everyday lives in the community, their sexual and drug adventurism, their marital challenges, their quirks of personality, and their café hangouts and venues for casual jam sessions…Hoskyns is an exhaustive and serious chronicler of the village's rock and folk milieu.”

Parade.com, 3/14/16
“Hoskyns chronicles the upstate hamlet from its early days as a bohemian arts colony to its current status as a funky, international cultural cornerstone.”

Ugly Things, Spring 2016
“[Hoskyns] brings his thorough knowledge of the scene, friendship with the locals, an engaging writing style and genial but at times bluntly honest vibe to bear on some of the seminal figures who shaped music…[A] fascinating chronicle…It has large helpings of delicious gossip. About Dylan and his entourage…With this book, Barney Hoskyns does for east coast rock music and counterculture what he did for the west coast in his wonderful Waiting for the Sun…Pure pleasure on every page.”

Acoustic Guitar, 5/19/16
“An intricate tale of inspiring creativity and personal tragedy. Along the way, Hoskyns illuminates little-known chapters in the lives of such Woodstock inhabitants as Jimi Hendrix, Janis Joplin, Van Morrison, Paul Butterfield, and Todd Rundgren, to name a few. The stories are enlightening…A quintessentially American story of abusive music-industry power and bohemian decadence set amidst small-town life.”

Milwaukee Shepherd-Express, 5/31/16
“Hoskyns doesn't over glamorize the time or the place.”

PopMatters, 3/29/16
“Small Town Talk both celebrates and interrogates Woodstock's past…A grim and balanced account of the yin and yang of the '60s cultural legacy in Woodstock…For anyone looking for a true-to-life portrait of the way cultural memory evolves and is shaped within the context of a small town, Small Town Talk is a profound case study, in the hands of a capable historian.”

Houston Press, 3/30/16
“Hoskyns is a skilled music journo. And Small Town Talk makes the city just as much a character as the musical artists who floated in and out of town…Hoskyns busts many myths about the town and its fantasy image…In Small Town Talk, he has created as much a journey into geography and sociology as into music.”

Pittsburgh Post-Gazette, 4/3/16
“An honest account of the individuals and facts of that period…Revelatory and enlightening.”

Chronogram, April 2016
“A kind of musical biography of the town.”

PopMatters.com, 3/17/16
“Examines the artistic rise and fall of Woodstock, New York at the hands of outsiders seeking solace from life in the city…Hoskyns spins a rich tapestry of stories from local residents and musicians, some well-known and others virtually unknown, that help to provide an in-depth look at how the town came to be seen as a hippie ideal and, on the flip side, how that became its undoing…Small Town Talk offers a fascinating glimpse into a bygone era, one shot through with a wide-eyed idealism that, in the face of its now smoldering wreckage, can never again be.”

Wall Street Journal, 3/25/16
“What actually ensued in that upstate town and its musical scene in the years before and after 1969…Revealing…[Hoskyns] gives the flavor of the place and time while adeptly interweaving detailed stories of a number of performers…He has filled in the picture of what the real Woodstock, in its heyday, was like.”

Pitchfork, 3/24/16
“The most depressing music book I've ever read.”
The Guardian (UK), 2/21/16
“Mostly people operate on people in Hoskyns's tale. And, mostly, without anesthetics…Hoskyns is harsh on Dylan, but brilliant at two-word summations of the gist of a song.”

The Independent, 2/28/16
“Terrific…Those groaning at the prospect of another book about the Woodstock festival can breathe easy. Hoskyns' focus here is on the town and the creative communities that sprang up around it, and they are vividly drawn…A meticulous historical account…The sheer volume of interviewees is dizzying, and testament to the author's methodical approach.”

Songfacts, 3/4/16
“Bring[s] the area to its rightfully historic stature…Woodstock itself is a character in the story, not just the setting…In detailing that little sliver of time and place, Hoskyns also reveals quite a lot about the character of the era in general. But, even if it weren't for that broader view, the book's anecdotes alone are worth the price of admission.”

"It's worth picking up a copy of Barney Hoskyns' recent Small Town Talk...which explores Woodstock's place in rock history via the stories of musicians who lived and worked there."

—GQ (UK)
"A portrait of the musical life of Woodstock, an idyllic artists' community that turned into a rock 'n' roll soap opera."

—The Guardian, "The Best Music Books of 2016"
A San Francisco Chronicle "Top 5 Rock Biography of 2016"
"A breezy, gossipy read that takes you inside Woodstock, N.Y., during its glory days...The always-erudite rock critic vet Hoskyns effortlessly connects the dots in the notorious town's history."—Addicted to Noise, "Best of 2016: Top 5 Books"
"The story of a small town in the Catskill Mountains of New York that became the epicenter of the music world at a time when musicians decided to 'get it together' out in the country."
—PopDose, "Notable Music Books of 2016"
"One of the best music books of 2016...It tells of how a bucolic pit stop in upstate New York became a mecca for musicians in the mid-'60s and early '70s, attracting many of the most creative talents of the era."

—Best Classic Bands
"Small Town Talk includes loads of memorable characters, plenty of cheating and sexual liaisons, too much drinking and drugging, and most manners of other questionable behavior...Hoskyns paints a fascinating picture of the artistic town, from its earliest days, to the "Dylan" days-it's the area of his famous career-changing motorcycle crash-to the restaurant/recording complex destination days, which Grossman would build, and install Todd Rundgren as resident engineer/producer, and then on into the 90s."—All Music Books
Read More Read Less 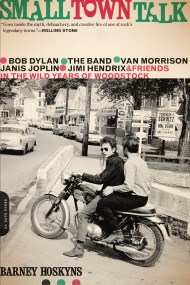 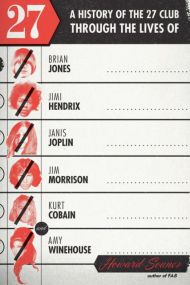 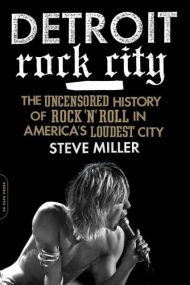 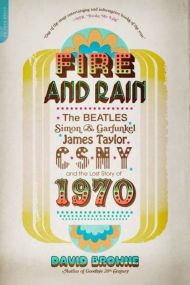 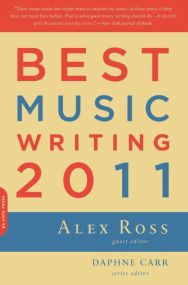 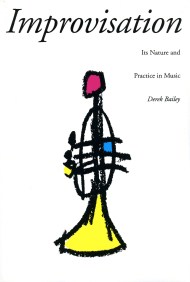 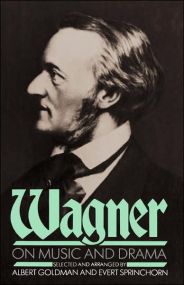 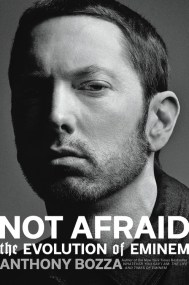 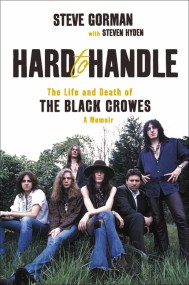 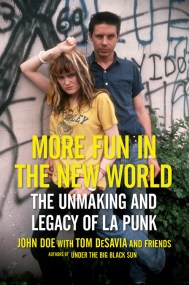